"Coming Out" by Denise Jones

I believe that the phrase “coming out” has multiple meanings. Most people associate those two words with a heterosexual who announces that they believe their identity is not the norm. I feel that “coming out” takes on other meanings in my story. Although this blog will discuss my formerly homosexual lifestyle, let me explain what the term "coming out" means to me.

As a young child, I would experiment with heroin and other drugs that showed me happiness, in a world where I felt nothing but sorrow. I remember the first time I shot up and the relief it provided. My pain and suffering seemed to disappear and I liked this. It provided me with comfort.

From an early age, drugs ruled my life, and I engaged in crimes to support my habit, but I was living a lifestyle that was slipping away. My livelihood was unfolding into chaos, and I was living a nightmare. The choices in my life were slowly suffocating me.

In the book, I describe horrible situations in which I endured arrest, rape, drugs, theft, and all I knew was artificial happiness (drugs). I believe that part of my growing tension was because my childhood was robbed from me. I would stop attending school and look after my brothers and sisters. There were times I found myself peeking around the corner of my room, as I watched my mother and her friends engage in heavy drug use.

As my life advanced, I began to appreciate my hardships. I am not telling you that I enjoyed the mental anguish I endured, but I will tell you that I learned from it and it has made me wiser. As you read my book, you will find that I finally came to a pivotal point in life, where I realized that I had an identity and lifestyle that was draining me slowly -like sand through an hourglass.

Therefore, the phrase “coming out” is, in part, a reference to coming out of the fog of drug addiction, crime, and a lifestyle that was devouring my health and livelihood. As the fog began to lift, I saw a different world. I started to see hope. I was a diamond in the rough.

Yes, I did deal with homosexual tendencies. In the first part of my life, as the book describes in extensive detail, I considered myself a lesbian. All I knew was what I saw, and I saw men treat women like dirt. The cruelty was not something I wanted to experience. In my apartment, I watched women in agony at the hands of men. I did not want men to brutalize me, and I chose what I felt was the only answer— I decided I was a lesbian. A significant influence in the decision came from the orgies held in my apartment.

My mom and her friends engaged in orgies, but to be part of this group, the women had to go through an initiation phase. This was horrific. It consisted of men that brutally forced themselves on the women. As a growing child, I remember peeking around the corner of my room, as men engaged in sex acts with women who were suffering. I remember watching one woman who was wincing in pain. I still have a clear memory of the man forcing himself on her to the point that a puddle of blood began to leak onto the floor. It was moments likes these that convinced me I never wanted a man to hurt me, and all men were the same.

I would become known as a dike in the projects. I was living in Chicago and homosexuality was looked at with narrow eyes. It felt like I walked in shadows while people slurred my name and gave me sideways glances.

Yes, I would live a gay lifestyle, but as I grew, I realized that my sexual desire for women was cultivated from my experiences growing up. Although I cast no judgment towards people who identify themselves as a homosexual, I do know that many proclaimed homosexuals have gone down a path similar to my own. I fear that many gays chose their identity out of fear. Fear is a powerful tonic, and can often lead down a forsaken path— a path that a person decides to take because they lack a clear understanding of who they are and the truths of the world.

When my life began to turn around, I met people who cared about me and cared for me. I learned that not all men were terrible. There were men that would treat me right and would not harm me. I would find God, and realize that my concept of homosexuality came from my childhood experiences.

My book, “Who Said it Couldn’t be Done?” talks about these issues and describes “coming out” of a life that was drowning me. But I would come out— I would come out of drug addiction and crime, and many of my ideas changed, as I realized the world I lived in did not have to define my life.

This book features subjects that many individuals have struggled with. It portrays a life of pain, but the ending is beautiful. I believe that every individual has potential, but sometimes it takes strength. I hope this story gives you the power to handle issues you might be dealing with, or maybe someone you know - who is dealing with similar problems. 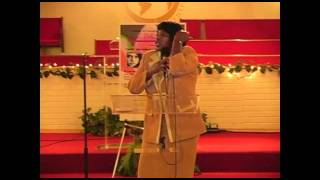 Denise Jones 'comes out' and offers inspiration and hope to people from all walks of life.

"Coming Out" by Denise Jones

Denise Jones 'comes out' and offers inspiration and hope to people from all walks of life.